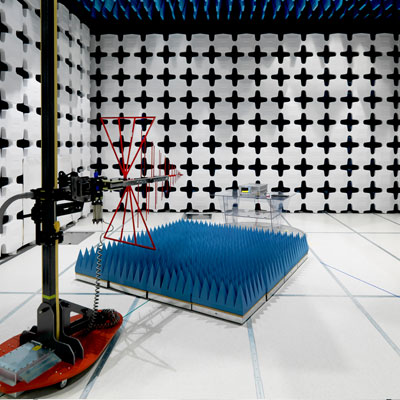 Electromagnetic interference and compatibility, one of the important concepts used in electrical and electronic engineering, is encountered in many areas, especially circuit design. There are also various tests performed on these concepts, abbreviated as EMC. So what is EMC? What effects does it have?

The EMC test aims to determine the relationship between the degradation of the performance and the deterioration of the devices caused by the waves emitted by the electrical and electronic devices during operation. We are faced with this situation in daily life, although many are not aware of it. Such as mobile phones affecting the systems of the vehicle, distortion in the image on the computer screens and the speaker while talking with the mobile phone. Many technological devices cause magnetic distortion emission.

In this period when technology is constantly advancing, EMC Test has become a necessity in the modern world. Especially with the entry into the era of what we call the Internet of Things, the risk of these devices to affect each other and the sensitivity of these devices to the effects has become inevitable, since there are almost no smart devices or devices that do not connect to the Internet. For this reason, EMC compatibility in modern devices has become an important criterion of the design and development stages.

The EMC Test is also known as the Electromagnetic Compatibility Test.

In the emission tests, the levels of the electromagnetic waves emitted by the device to both the cable and the air environment are measured. In the other tests, the immunity tests are aimed to determine whether the device is affected by the ambient magnetic fields and if so, the level of the device. All measurements are carried out in specially insulated semi- or non-reflective rooms which are coated with electromagnetic wave absorbing materials.

With the EMC tests carried out both before and after the devices are placed on the market, all the electronic devices we use in our environment are prevented from being damaged both to each other and to other living things around.